Arié started his career in 1999 as an equity proprietary trader at UBP in Geneva. From 2006 to 2009, he managed a long/short equity hedge fund.

Since 2010, he has been investing in multiple asset classes. Arié began investing in the Venture Capital space in 2013, and in 2017 teamed up with Amir to found Champel Capital to invest in promising Israeli technology companies.

Arié holds an MS in Economics with a minor in econometrics from the University of Geneva. 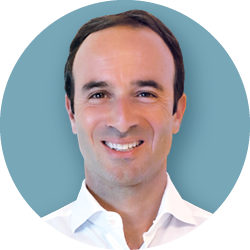